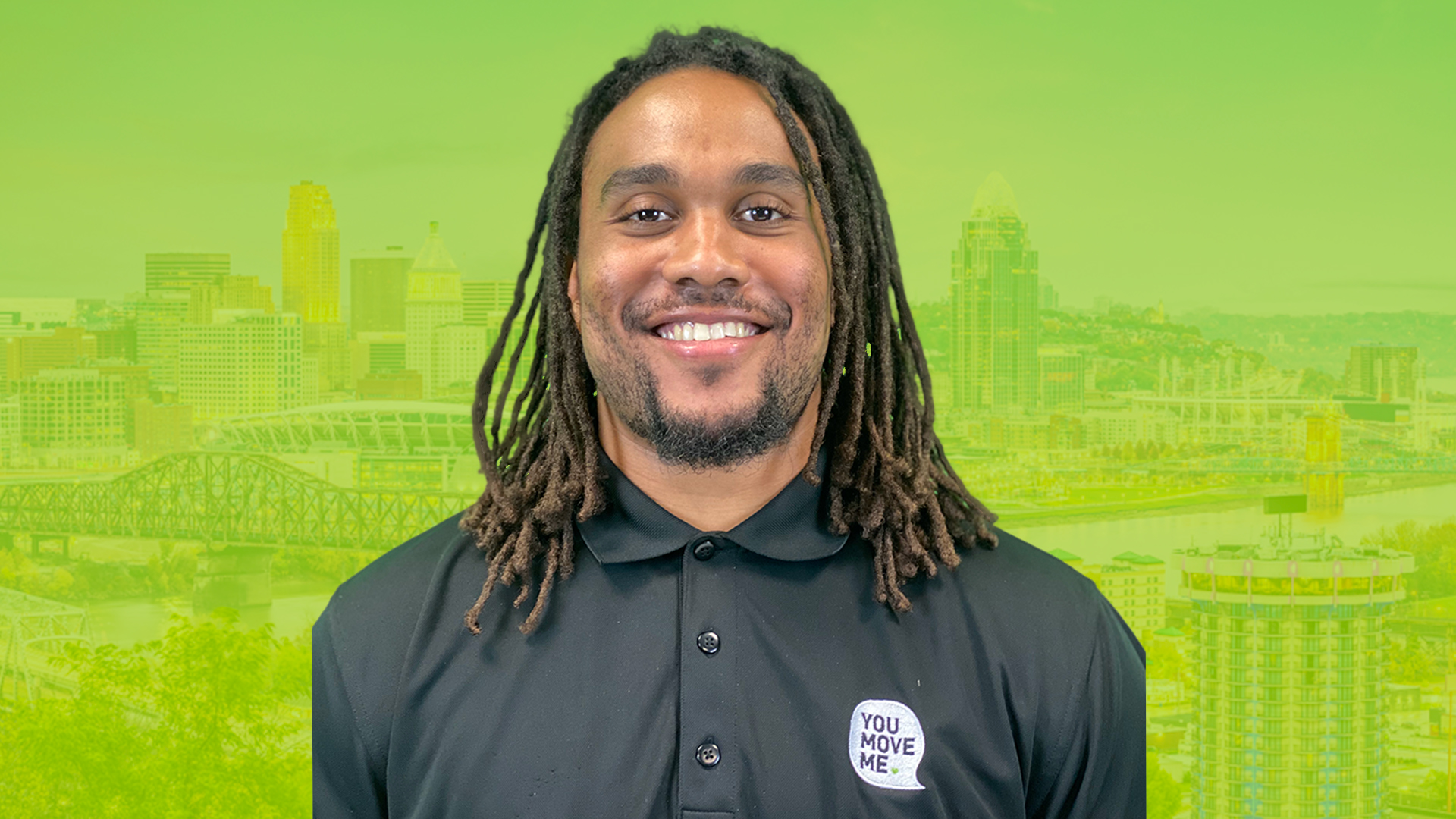 From Making $5 Dollars an Hour to Running a Million Dollar Franchise Business: How Marlon Williams Changed His Destiny

Gabriela Esquivel
Marlon Williams pivoted from his aspirations to become a professional football athlete to become an entrepreneur, at the intersection of opportunity and mentorship at You Move Me.

‍YMM: How did you get your start in the moving industry?

Marlon Williams: I was going to school at University of Kansas in Lawrence and working part time at Jimmy John’s delivering sandwiches - making $5.50/hr. I wasn't happy doing anything that I was doing. School didn't work out, so I was just left delivering sandwiches and had to move back home with my mom. I wasn't looking for a job at the time, I wasn't happy. So my mom applied for a crew member job on Indeed on my behalf. That is when I first joined You Move Me Kansas City five years ago.

YMM: How did that job lead to owning your own You Move Me franchise?

Marlon Williams: I started as a crew member, thinking I would do this until I found something more long term. Originally I was making $10/hr plus tips. Then I slowly worked my way up. I spoke to Jason [Terkerlson] about other opportunities in the business, and he said to me “the best people play”. You see, I am highly competitive, and have been playing football since I was 7 years old. I was confident I could do the work. I was told co-CEOs Josh Herron and Tyler Staszak invest in people who want to grow.

[Working at You Move Me Kansas City] is a highly structured environment that requires hard work and effort. So I started to have a mindshift. I committed to what I was doing and that's when growth started to come.

YMM: What was the outcome of that mindshift?

Marlon Williams: From a crew member, I slowly moved into Operations under Jason and learned the day to day of running the business - doing a little bit more and more. In this role, we all get graded for the work in Operations. It’s highly competitive and is all numbers based. I obtained the best score, which got me more days working in Operations. This led me to accumulate more and more experience, and I became lead operator. That's whenCoach [Jeff] Sims came in and challenged us to get a 7 minimum score. It was a big challenge to me, but I was able to do it. That's when I was brought into the expansion conversations.

YMM: How did the conversation about an opportunity to run your own franchise business come about?

Marlon Williams: There were conversations that an opportunity may come along by taking over an existing franchise in Cincinnati. Then - on a Friday - I was brought into the office and Coach  asked: “Do you want an opportunity to move to Cincy?” I immediately said yes. That conversation took place on March 19th. I moved to Cincinnati on March 24th.

Immediately after accepting the offer I got the benchmark I needed to reach: to hit $1 million in revenue before the end of the year. I was able to do it in 9 months. I achieved over 50% growth in nine months, more than that location had had in its previous seven years in operation.

YMM: How hard was it to make the decision to move for the opportunity to run your own business?

Marlon Williams: I had moved before, either with my parents or for college. This was the first time I had moved away from my family and everyone I knew. The morning I was going to move, my mom called me and said I didn't have to move if I didn't want to. It was the toughest thing I’ve ever done. It was terrifying, but I wouldn't change the experience and would do it all over again. Not just for the opportunity, but this life transition provided a lot of growth. It taught me I had to really be by myself. It took a lot of mental growth. I’ve had bad days, but I know the long term growth is worth more than what I was feeling at the moment.

YMM: How did your previous experience prepare you to manage your own moving franchise business?

Marlon Williams: Originally, I wanted a full athletic career but thinking back, I didn't give it the time and effort needed to get to the goal I wanted to reach. I came to this realization when I came to You Move Me. Small affirmations from the team helped me build my confidence and take those steps into the uncomfortable positions. The biggest support came from [CEO] Josh and his support was genuine. Josh told me what I needed to hear, not what I wanted to hear. His feedback is how I realized that maybe I could do this.

YMM: What surprised you the most about owning your own franchise business?

Marlon Williams: How all the small, minute details compound into the ultimate goal. Which is profitability or not. That's what I really enjoy about it. Learning more and more about the business and transitioning into a businessman. Learning things like, how do you scale your business? Even preparing for the day. When you're from the outside looking in, you are not privy to all those minute details that build a successful, sustainable business. I learn something small every single day and add it to my toolbelt.

YMM: What do you say to others who are also feeling stuck in their current jobs or career path?

Marlon Williams: For me, what made me stay was the career investment from everyone in our team. They didn't hold me back, whether it was in the field or in the office. They got me engaged. I was the “what's next” guy. They saw that and nurtured that hunger, and so they always gave me a benchmark to reach. I always felt like I was progressing, always moving forward. You see, [Co-CEOs] Josh and Tyler also came from the trucks. Because of that, they're not going to stop me or anyone in our team from moving up.

YMM: Where do you see yourself in five years?

‍Marlon Williams: The overarching goal on why I do what I do: create generational wealth. Money gives you the time to enjoy being with the people that you love. I can now open doors for those coming behind me.

When I was growing up, my only option was playing football. Everyone would say: “you're going to make it for the family”. The reality is, only 2000 people get drafted and - when that didn’t happen for me - I was left directionless.

When I came to You Move Me, Josh and Tyler's entrepreneurship class was life changing for me. How I think now versus how I thought then, it's a total change. Now I know, everyone that comes in to apply for a job is 100% capable of doing what I do.

The end goal is being like Josh or BETTER than Josh. Through Josh, I saw the career path and saw that he was able to WALK it. At other places, they make you work for 30 years before you get to start scraping away at that.

YMM: What advice would you give to your younger self?