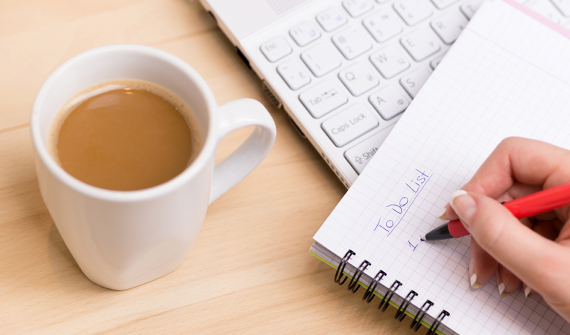 How to stay organized when you move

4 Ruthless strategies to save time and sanity

See? I got right into it, and so should you. Once you have systems for organization in place, the rest of the job can be done whenever you have the time, such as during that extra twenty minutes on the couch binge-watching Netflix.

Setting out some initial space for organization and sorting can be invaluable later. This way, you can set a goal to pack up one room at a time without turning the rest of your home upside down in a sea of boxes, packing tape, and half-finished labels. Your staging area is also a good place to keep the boxes of those essential, last-to-go, first-to-open items when you’re not using them.

Keep in mind that this new home can be an opportunity to let go of more than just an old house or apartment. Do you really need to take everything with you? Those three old cell phones that you’re telling yourself you might sell on eBay - get rid of them. Your stuff isn’t going anywhere until you do, so recycle, donate, or toss everything that’s non-essential and take the edge off those moving bills.

When you clear rooms in your house, create piles according to what you’d like to keep, throw away, and donate. If you don’t feel like sorting it out later, you could even call 1-800-GOT-JUNK? to sort, recycle and donate items after they take them away.

Remember, a successful move isn’t just about relocating the things you want from one place to another: it’s also about knowing when to leave some things behind.

Keeping stored items together is a great way to help ease the transition once you’re unpacking at the new location. Instead of emptying out your dresser, why not just remove each drawer and wrap it in shrink wrap? The clothes inside stay organized and intact, just like your sanity. Or take out your flatware/cutlery tray (probably best to keep that nice silverware separate, though) and wrap it with everything still inside before you pack it into a kitchen box.

(Pro tip: It’s not the best idea to try this with your bookshelves, unless you want alphabet soup all over the floor of the moving truck!)

Finally, remember that no one remembers everything. Write everything down. Embrace your inner organizer. Making lists and checking them twice is important, but without labels and systems you just get a bunch of rooms and boxes. Making signs for your new home and labeling every box to match a sign (ex. ‘John’s room’) can save minutes (which turn into hours) of shuffling between those new-smelling rooms with a fifty pound box in your hands.

And if I wanted to do that, I’d go to the gym. And I should, I know. I just don’t live close enough to one.

Brett Caron is a freelance writer and works with You Move Me and sister companies WOW 1 DAY PAINTING and 1-800-GOT-JUNK? as an analyst. He enjoys craft beer and writing, and he can often be found engaged in both at the same time. Connect with Brett via Twitter, LinkedIn or Facebook.