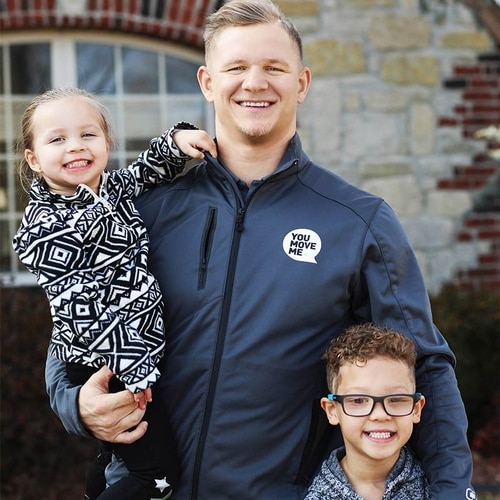 When Giving Up Is Not an Option: How Oklahoma City’s Konner Bent Overcame Adversity

Gabriela Esquivel
Konner Bent experienced an incredible personal challenge at the beginning of his career. Here he shares how how his grit and determination helped him overcome such challenges.

‍YMM: How did you get your start in the moving industry?

Konner Bent: I started working at You Move Me the summer of 2013, making $10 bucks an hour. In 2014, my son Kaysen, who was 16 months at the time, suffered a terrible accident. He was hit by a car and had to be placed in a medically-induced coma. He suffered several fractures and had about six surgeries. So at the time, I would work at You Move Me the whole day, then - at 7pm - I would go to the hospital to spend time with my son. I’d fall asleep in the hospital chair, then get up and go back to You Move Me to work a full day. Kaysen was in the hospital that whole summer, before being moved to a rehab facility close to our home. Because of this, I took some time off school. The hospital is close to the You Move Me office, so I continued to work there.

YMM: What helped you push through such challenging times?

Konner Bent: I did a lot of prayer. I went back to school in January 2015 and would work at You Move Me during school breaks – sometimes I would pick up shifts and jump on a moving job right after class. This is how I supported my family while my son Kaysen was being taken care of in the hospital, and later, recovering in rehab. I’m very fortunate because my [football] team and my coaches were a huge support system during that whole time. My soon to be wife has also been an incredible support in this journey, specially over the last 3 years. She really inspires me to always be better.

‍YMM: How did you get on the path to owning your own You Move Me franchise?

Konner Bent: Right after graduation, I got depressed. It was my last year playing football. My son was out of rehab and I didn't know what I was going to do moving forward. I thought of going to the military, but decided to continue working at You Move Me. I had never met [Tulsa and Oklahoma City franchise owner] Andrew Wilson because he lived in Tulsa. So I got a call from him the day after graduation, asking me to be the manager at You Move Me. The current manager had decided to move on to other opportunities and referred me to take on his job. I had never been a manager before, so I took on this challenge.

‍YMM: What is the most rewarding part of being a franchise owner?

Konner Bent: See, I always wanted to work in law enforcement. I wanted to be a hero - just like my dad - who had been a corrections officer and was giving people second chances in life.

Now, I’m giving people second chances - but I am doing it through a different avenue with You Move Me. I feel I am now a role model to my guys, showing them there's a light at the end of the tunnel.

YMM: Where do you see yourself in the near future?

Konner Bent: I want to own five more locations in the next 10 years and give other people the same opportunity that I got. The manager that referred me to take on this job is a close friend of mine. We talk at least once a week and he likes to tell my story to his team. How I never called in sick, never missed a day.

Now, I look at Malachai [Garrett], who’s going to manage the Northwest Arkansas location and I see so much of myself in him. I talk to my team about the vision at You Move Me: how I started as a mover making $10 dollars an hour and now I am becoming an owner. In that same way, Malachai started with us in the call center and now he will be the General Manager of our Northwest Arkansas location.

‍YMM: What advice would you give to others going through a challenging time in their lives?

Konner Bent: I want to show people that, if I can work through what I went through - work hard and show up to work every day - divine opportunities will present themselves. Somewhere else, someone is going through a life struggle and they're pushing through. I used to sleep three hours a night in that hospital chair. I’m not looking for any special credit, I just want to show that no matter how hard life hits you, you can move on and push through - anybody can do it.