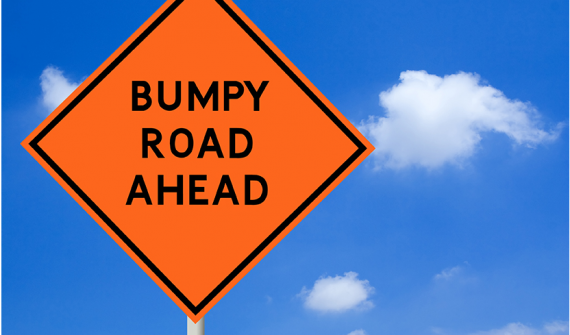 The troubles with moving

What Goes Bump In The Truck

Not all moves are created equal. There’s a fine line between a flawless move and a disastrous, hair-pulling nightmare that won’t end, and sometimes it all hinges on one thing. On move day, you either feel like you’re cashing in on your ‘please let nothing go wrong today’ vouchers, or you find that it seems like you’ve already spent them all.

Trust can be shattered in an instant. You were supposed to rent a truck, but the company overbooked and now you have to rush to find a spare vehicle on moving day. Calls to the restaurant that’s supposed to be delivering for your hungry and thirsty moving buddies keep going to voicemail. A new landlord doesn’t show up with the keys because she’s stuck in traffic. All of these things are beyond your control, which is maybe the most frustrating part. Do I call them again to confirm, or is that going to make me a pain and they’ll be annoyed with me and not do what they’re supposed to do? These are questions that keep some of us (Canadians and the otherwise polite) awake at night.

Getting up early is key. Smart phones make it even easier to hit snooze, and the last thing a lazy person needs is something that makes sleeping in easier. But on move day, if you’re rinsing out your coffee pot to pack it away and the clock reads PM then you’re probably doing it wrong. Procrastination hurts packing, and it can hurt moving if there’s still ‘that one more thing’ that needs doing before the movers get- oh, they’re here.

There’s a difference between ‘the people that help you move’ and ‘the people you rely on to move you’. Your landlord might have seventeen other places to be, and can’t stay the extra fifteen minutes just because everyone else is running late. But that hungover friend who bails at the last minute? Or the moving company you trusted to carry this process on its back, both literally and figuratively? Problems with any of these can be enough to make you want to lay down some Old Testament-level wrath, which leads me to our last wild card:

It doesn’t have to be the Yellowstone volcano going off (we’d all probably know about that by now if it were) or a rock from space on a trajectory for your brand new house, but these things happen. And thanks to that pesky elephant in the room named climate change, we have all sorts of fun weather patterns to get used to. Ask someone who’s tried to move anywhere on the East Coast in March’s ‘Last Hurrah’ blizzard rounding out early 2015.

None of these should actually give you nightmares as long as you remember the three simple Rules of Moving (or Life, if you’re not moving):

1. Find Someone Who Knows More Than You Do