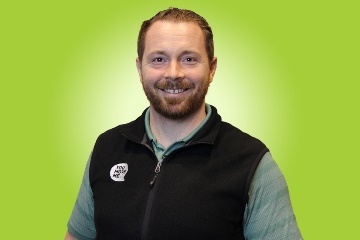 You Move Me Vancouver
Franchise partner

When he first became a franchise partner with You Move Me, Mike Dahlman set a larger-than-life revenue goal. He knew it crazy for his first year in business, but he was buzzing with the excitement of joining a new, emerging brand. By the end of the year, Mike’s franchise was so busy that they added five trucks to their fleet just to keep up with demand. And his team didn’t just hit their target — they beat it. This is Mike’s story.

YMM: How did you take a startup and turn it into a revenue-smashing business?

MD: I first got involved with You Move Me when the business was only six months old. I loved the brand and the concept; plus it was young and new and I’d basically get to help build it from scratch.

At the time, James Alisch was running the local franchise. We met years before while working at College Pro, and we had been looking for a way to work together again. James believed I was equipped to take the business to the next level — and I agreed that You Move Me was the perfect opportunity. James is now my business partner, along with founder Brian Scudamore.

So I came on board and then the previous general manager left at the busiest time of year. We were slammed. While it was tough to be thrown into that so early on, it also allowed us to smash our goals.

YMM: What surprised you most about owning your own business?

MD: How fast we were able to grow it! The really confident, positive part of me had set an over-the-top goal. But part of me also knew it was a pretty aggressive target. To have gone above and beyond the goal was both shocking and impressive.

YMM: What are the benefits of going into business within a franchise system?

MD: When you join an established franchise system, you get instant credibility. Two weeks after startup, I could walk into someone’s house and they knew who we were because of our connection to You Move Me. There’s a story and a history here that people understand and respect, so it makes it easy for them to connect to us. People love the name and look of the You Move Me brand, and that’s what makes us memorable.

YMM: What advice would you give someone who is looking into buying a franchise?

MD: Be willing to be hands-on. Get on the trucks and learn the business from the frontlines. It’s a challenging business but the people make it rewarding. If you’re not connected to who and why you’re doing it, it will be frustrating.

YMM: What has been the best part of owning a franchise?

MD: I work with people that I like and trust on a different level than I ever have before. With other jobs, you inherit a team and there’s always some people who are there for the wrong reasons. What I love most about owning a You Move Me franchise is that I get to create my own team. Building our team, from where we were to where we are at this point, has been really rewarding. Two of the first people I hired are still with me, and a guy I worked with at College Pro is now one of my crew leaders 16 years later.I really believe that with the right people, the right energy, and the right message — big things can happen.