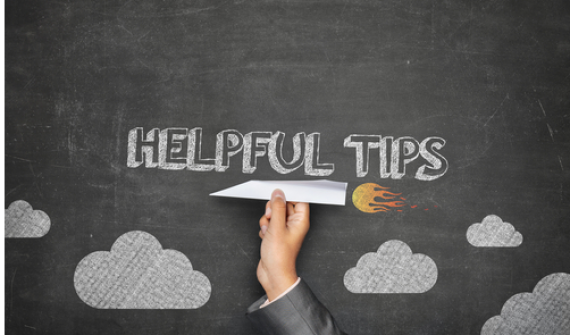 After weeks of planning, packing, sorting, and dealing with quite a few expenses, your move day finally arrives, and you’re more than a little worried about things going wrong. But instead of ending up with a few broken glasses and a broken heart, moving day ends up going smoothly. Your movers show up and surprise you by being lightning fast! Not to mention how carefully they finesse your grandma’s antique china cabinet onto your second story apartment without a scratch.

You are so relieved and excited to start unpacking… until it’s time to pay the final bill and you think to yourself, “Wait, am I supposed to tip the movers?” Trust us, you’re not alone! There is a lot of confusion when it comes to this topic, and with all the things going on during a big move, this detail is easily forgotten.

First of All, Do You Tip Movers?

The short answer is, yes. Tipping is expected. Just like any other service industry job, tipping is expected for movers that do an exceptional job. It’s also important to note that movers carry a whole lot more responsibility than a server or hairdresser—you’ll get over a spilled drink or a bad haircut, but damage to a favorite piece of furniture has a lasting impact. So when you think about how much to tip your movers, you should also consider how much you tip for other services when you’re out and about. Is making a really good drink worth the same as protecting your personal belongings?

Of course, how much to tip is totally subjective, since it’s up to you to determine how hard you felt they worked. Keep an eye on the team’s work ethic and how well they communicate with each other—this will let you know if they truly are putting their best foot forward for your move. If you can tell that they’re working extra hard to take care of your things, you should give them a little more.

Not sure what else to look for? Here are a few things to take note of: Are they protecting your furniture effectively? Are they busting a sweat running from the truck into the house to collect the next item? If they’re helping you pack, are they collecting items from the same room to make your unpacking a little easier? These things show effort to make your move go smoothly, and prevent any problems along the way. Think of it this way: if they weren’t there, you would be the one doing the heavy lifting. Thank them for making your life easier by giving them a tip.

How Much to Tip Movers?

Unlike servers or other service jobs, tipping your mover isn’t necessarily based on a percentage of the total cost of the move. Generally, the industry standard is to give each mover their own chunk of change based on the duration or difficulty of the job. $20 for each mover for 5 hours of work seems reasonable, or maybe $100 apiece for a 12 hour move (especially one where all your antiques were seamlessly moved into your new 8th floor apartment) would seem more appropriate. Think about the amount of time they’re working on your move, and any obstacles you’re asking them to deal with. Moving a few boxes is not the same as moving an upright piano!

What Do You Tip Movers for Two Hours?

Anywhere between $4-8 for each hour of hard work is a normal expectation to uphold when considering a tip. So for two hours worth of work, anywhere between $8-16 is appropriate. Of course, this should be adjusted based on the situation. If you’re asking them to deal with a more complicated move, you’ll want to give them a little more to reflect that. But try not to hurt your brain too much with the exact math. Just go with your gut and base your tip on how well you feel the team delivered.

Handling that much cash to evenly distribute to a team of six movers is time consuming and awkward. Make the situation easier to deal with by letting the crew lead know whether you would like your tip distributed evenly across the team. Sometimes you notice one person who was working way harder than someone else, and you’d like to acknowledge that by giving them a bigger tip. It won’t be a problem for the manager on-site to make sure that happens for you. After all, the whole reason they’re on the job is to help you out.

IT DOESN’T HAVE TO BE MONEY

The last time you moved, your friends were cool with being paid with pizza and beer for their labor. Professional movers don’t mind being paid the same way! (Except for the beer part. Generally you don’t want tipsy people handling your breakables, and it’s not really appropriate in a professional setting.)

If you see them working hard, ordering a pizza or having some food ready for them to enjoy on a lunch break is a great way to show your gratitude for a job well done. Movers are always on the go, and it isn’t necessarily food safe to leave a sandwich inside a truck for 6 hours in the 90 degree heat. Hungry workers do not equal happy workers, so this keeps the energy and gratitude high, without having to stress over any exact dollar amounts. It’s an easy way to keep everyone happy and feeling great on a long day.

DON’T WORRY TOO MUCH ABOUT IT

Stress is inevitable on move day, but knowing what impact your wallet might face will hopefully alleviate a bit of the panic. Once you’ve got a ballpark idea of how much you should tip, you can adjust from there, based on how things go on moving day. This is definitely something you don’t need to stress about. At least until you realize that you forgot your wallet back at the old place! Ah, the joys of relocation.

How to Tip Movers in a Nutshell: