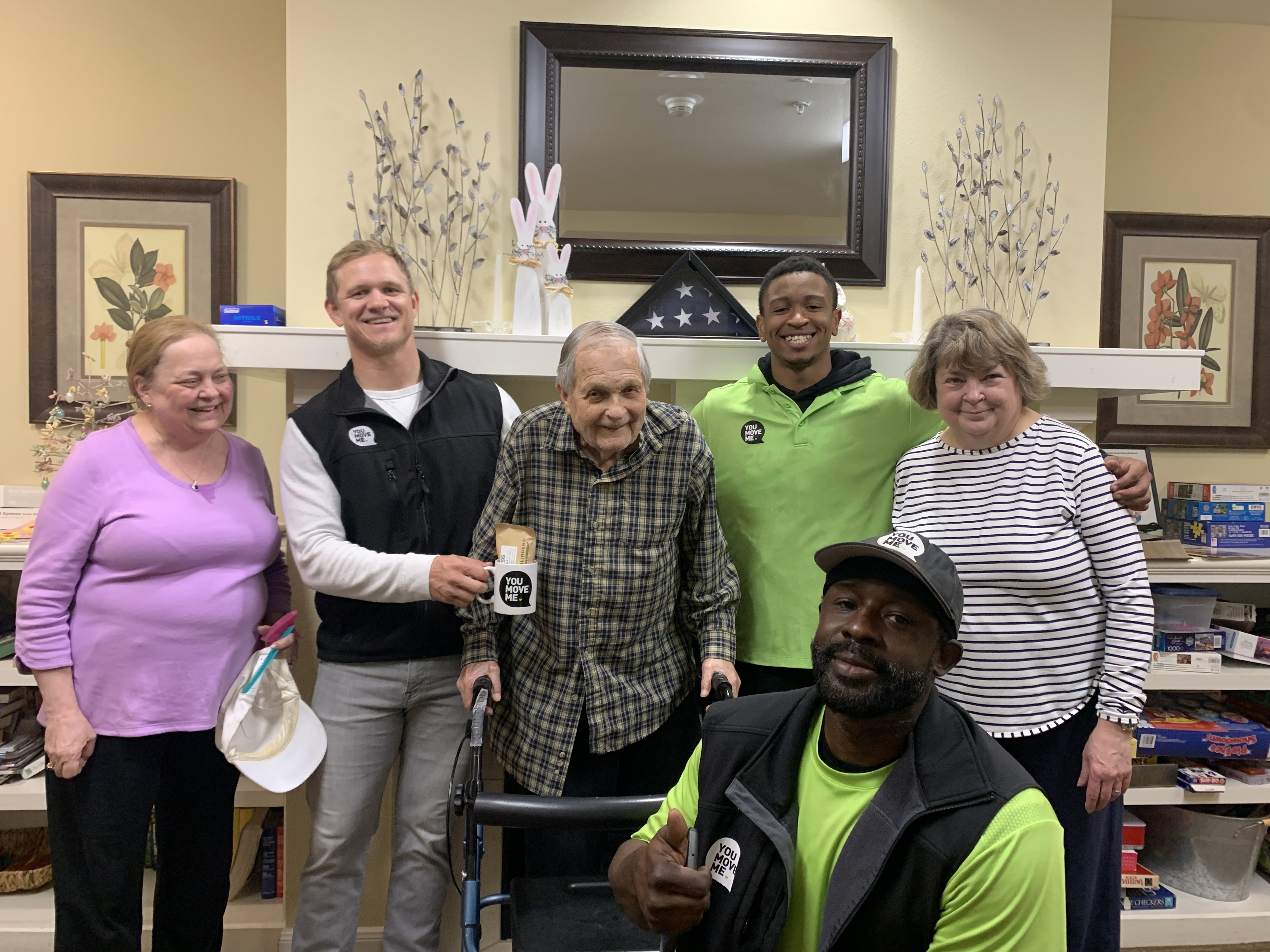 Upon learning about their service to our country, two WWII Army Veterans received their moves free of charge from Oklahoma City General Manager Konner Bent, as a thank you for their service.

On Tuesday, Apr 12, 2022 You Move Me General Manager Konner Bent and his Oklahoma City team had the pleasure to meet two outstanding customers: World War II Army Veterans Calvin Floyd and Stanley Denton. The You Move Me team was proud to provide their exceptional service free of charge, as a way to honor them and thank them for their service.

Army Veteran Calvin Floyd, recounted how he had to get special permission from his dad to enlist at 17, so he would not be drafted into the army. Floyd served in the Navy as a Seaman in San Diego from 1946-1948 and was in the Air Force Reserve as Staff Sergeant in Oklahoma City.

Army Veteran Stanley Denton was part of the First Cavalry Army Division - one of the most decorated combat divisions -for one year, and served three months at Camp Baker in Japan 1946-1947.

You Move Me was highly recommended to Calvin and Stanley’s families, who were very appreciative of the service and care Konner Bent and his team provided. As a way to honor and thank them for their service, the You Move Me team serviced their moves free of charge to our Veteran heroes.