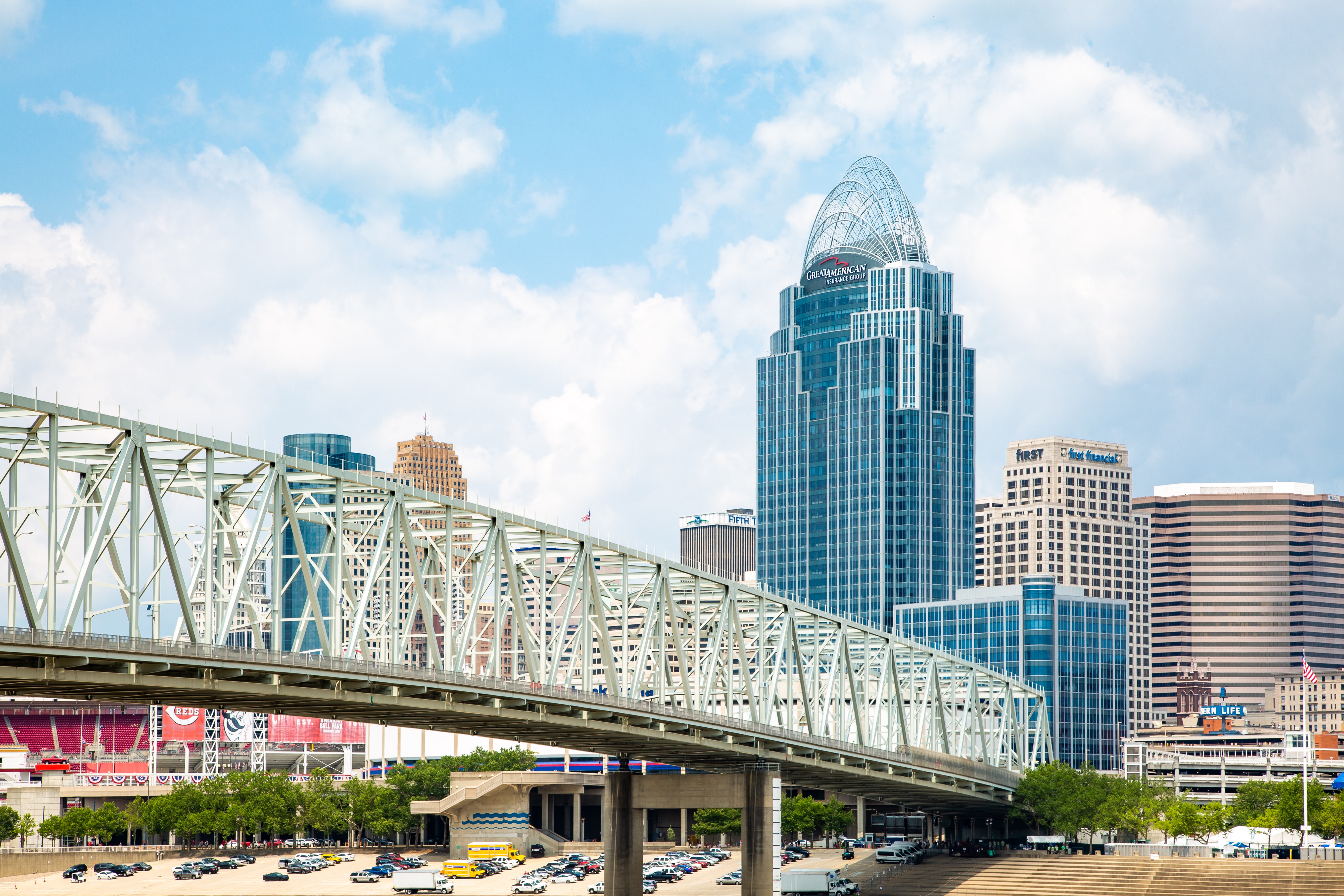 A Love Letter to Cincinnati

You Move Me Cincinnati

Why do we love you?

It’s not just because you are home to the world’s largest chicken dance (at Oktoberfest Zinzinnati each year).

And it’s not just because you’re also home to a magnificent and inspirational hippo, Fiona, who graces beer cans and merchandise across town.

We love living in Cincinnati because it’s a city filled with a vibrant zest for life. While Cincinnati is home to 10 Fortune 500 companies, it’s also home to innumerable opportunities for fun. It’s a big city with a big personality - one where you can always find something interesting to do around each corner.

Cincinnati is typically considered a baseball town, and upon moving here, you’d be remiss if you didn't plan at least an afternoon or two at Great American Ball Park (yes, that’s actually the name of our stadium!) cheering on the team and eating a pulled pork cone or a bratwurst.

However, while baseball is loved, it isn’t the only game in town. Cincinnati sports lovers can also enjoy cheering on:

And, if you still haven’t gotten your sports fix, you can also catch minor league hockey, baseball and soccer at their respective Cincinnati venues.

Okay, Moving On…. Our Cincinnati Chili is the Most Polarizing Signature Food Out There.

Have you ever started making your grocery list, then struggled because you weren’t sure what you might want to eat as the week progressed?

If you’re shopping in Cincinnati, you shouldn’t have that problem. Our city’s signature food, Cincinnati chili, is a triple threat when it comes to meal prep.

It’s a meat sauce for spaghetti.

However, you choose to prepare it, you’ve also got plenty of role models around you who can probably show you how to make it great. There are more than 200 chili parlors in Cincinnati and almost every local family has their own secret recipe - variously containing cinnamon or chocolate, beans or no beans, and lots and lots of yellow cheese.

The Cincinnati Zoo is a national historic landmark and the second-oldest zoo in the nation. The gardens and the special events are top-notch as well, and a zoo membership will keep your family coming back year-round.

We previously mentioned Fiona, Cincinnati's widely-acclaimed hippo. She’s just one of the many loveable animals you’ll meet when you visit the Cincinnati Zoo and Botanical Garden.

This year, the zoo welcomed a baby rhino, and it’s also home to aardvarks, arctic foxes, orangutans and so many more. The zoo houses more than 500 animal species.

And, when it comes to new attractions, Cincinnati is helping residents keep their cool. The city recently opened a new 7,000-square-foot interactive water feature in local gem Washington Park.

The water feature is designed to be fun for kids’ playtime with more than 130 spraying jets, a cascading water feature, and the ability to synchronize the water’s flow with music and lights to create a dazzling entertainment spectacle.

Get Your Thrills and Chills at Kings Island

Daredevils and roller coaster lovers, you have found your mecca. Kings Island is home to some of the nation’s scariest and most thrilling thrill rides.

Orion, one of the park’s newest rides, boasts speeds of more than 90 miles per hour! And that’s in addition to Guinness World Record Holder, The Beast-- the nation’s longest wooden roller coaster-- and dozens of other rides for brave ones of all ages.

If roller coasters aren’t quite your speed, there’s still plenty to do at Kings Island. You can enjoy Soak City Water Park; let the kids meet some of their favorite characters at Planet Snoopy; and satisfy your hunger with everything from (of course) Cincinnati chili to snow cones.

Even Our Cemeteries Are Worth Seeing

You wouldn’t normally consider a cemetery a tourist attraction, but Spring Grove is one of the prettiest and most charming places in the city.

The city developed the idea for a cemetery that could serve as a peaceful public space following a cholera epidemic in the early 19th century. Since then, the space has grown into a beautifully landscaped space for the public to enjoy.

In addition to paying tribute at the graves of several titans of baseball and business, you can also get acquainted with the arboretum’s lush trees. They remind us how life continues to grow and bloom even in the midst of loss.

We love Cincinnati because there’s so much to do but also because it’s just such a liveable, friendly place to be.

Washington Park is a hub for community events and a place where you can watch your children play, splash and grow. Our neighborhoods are walkable and explorable. From Cincinnati, you can head in any direction and find outdoor bliss, whether you want to kayak in the summer or ski in the winter.

We love being part of this thriving community and we think you will too. If you’re getting ready to move to Cincinnati, let us be the first to welcome you to our city. We’ll get you moved in and settled, recommend our favorite chili parlor and educate you on the Reds players you’ll need to know to fit in this season.