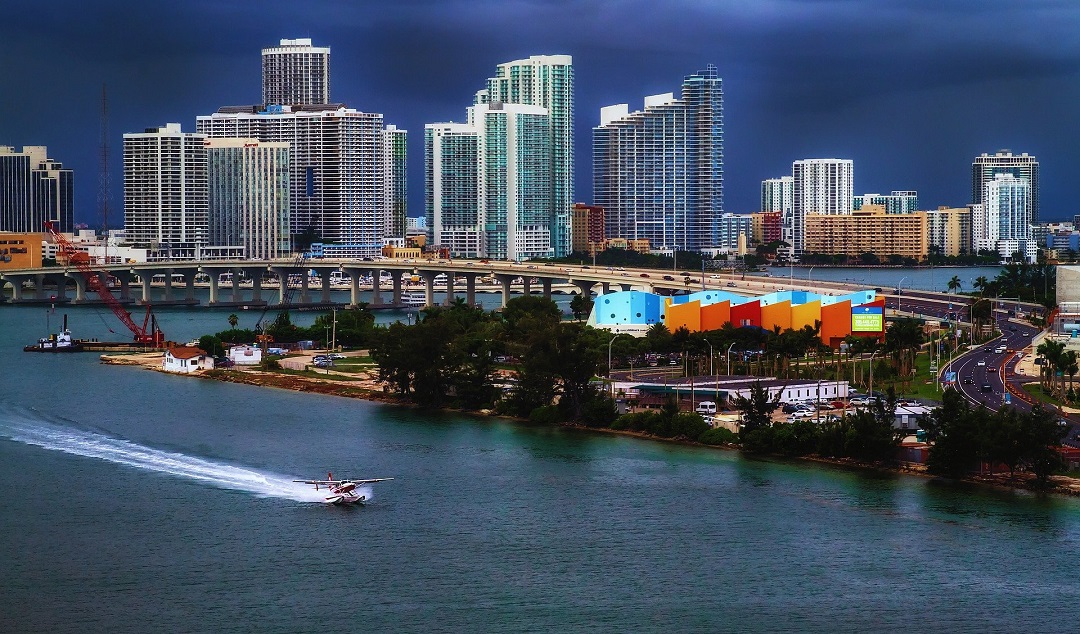 What are the pros and cons of living in Miami?

What are the pros and cons of living in Miami?

You need to weigh the pros and cons of living in Miami if you’re thinking about moving to the city. No city is 100% perfect, so here we tried to take a closer look at all the things that make Miami great, but also at the drawbacks you can find when living in this city.

However, for a lot of people, the pros of living in Miami outweigh the cons. This is self-evident when you take a look at the city’s massive growth. Miami officially became a city in 1896 and, back then, its population was 300 people. As of 2021, Miami’s population has grown to ​​478,251 people.

Without further ado, let’s get right to it!

The pros of living in Miami

In case you need some convincing in order to move to the cheerful city of Miami, here are some pros of living in the city.

Florida has lower taxes than other states

In Florida there is no state income tax. This means that people who live in Miami can save thousands of dollars if they have a fixed income. There are several sales tax exemptions as well.

If you were to move to Miami, you would only have to pay federal taxes. Property taxes vary by municipality, however residents will generally receive a discount if they pay early.

All in all, you would pay fewer taxes living in Florida compared to other states in the US.

It is a unique cultural melting pot

Miami is truly a melting pot of cultures. In the same city, you can find many residents from Central and South America, Cuba, Haiti, and other parts of the Caribbean. Their cultures, art, food, dance and music make up an important part of the city’s unique DNA.

There are also many immigrants from other parts of the world, but these Latin American cultures have made a special impact on the city. That’s also why in Miami you can find Spanish speakers practically everywhere!

It is the best city for foodies in the US

One of the things that make Miami so unique is its rich food culture. Miami is the best city for foodies in the country, according to Apartment Guide.

In the city you can find many authentic ethnic restaurants. You’ll be able to try real Cuban, Haitian, Brazilian, Puerto Rican, and Colombian cuisine, just to name a few!

Its nightlife scene is great

It has many amazing beaches

Miami has a lot of beaches to explore and enjoy. Most of the coastline in the city is open to the public, so it offers many opportunities to spend a lovely beach day with your friends or family. However, you can also look for an isolated destination or spend a day in a resort if crowds are not your thing.

You can also put your mind at ease because most of the beaches have lifeguards and a flag system that provides warnings about sea conditions.

It has a lot of park space

In Miami you can visit dozens of public parks. Most of the parks have picnic areas, with on-site grills to use and clean public restrooms. This makes it very easy to pack a lunch and organize a weekend get-away there with family or friends.

There’s always a lot to do and enjoy

You’ve probably noticed by now that Miami can be described as a very fun city. It offers many diverse types of entertainment, be it cultural, shopping, nightlife, or surrounded by nature.

Miami is the sweet spot between a flourishing, international city with modern sites and an easy-going city, surrounded by nature. There’s a lot of things to choose from and activities to suit anyone’s tastes.

If you particularly hate snow and freezing temperatures, Miami is a great option for you! Ice is very rare in the city, so it’s a problem that you could get rid of forever if you decide to move there.

The cons of living in Miami

Nobody’s perfect, and that goes for Miami, too! Although the city offers many wonderful things that you can enjoy, here are also some things you should take into consideration before packing your bags.

It’s usually very difficult to find an affordable place to live in Miami. The cost of living in the city is almost 12% higher than the national average.

Healthcare is expensive in Miami. Even with health insurance, only a small portion of the population can actually afford top-class services.

The job market in Miami is much less competitive than in other cities in the country. Wages are generally lower and it’s common for people in Miami to have more than one job in order to make it to the end of the month.

Although the median wage in Florida is higher than the national average, it can be tough to get by on $10 per hour in Miami because of the higher cost of living and healthcare that we mentioned.

The cost of living in Miami is very high

As you’ve guessed from the last couple of cons, the cost of living in Miami is very high in comparison to the rest of the US. Many areas in Miami are densely populated and the city is also a major tourist attraction. This makes it more difficult to find an affordable community to live in.

As of 2021, Miami is the 10th most expensive city in the US. So, if you decide to move to Miami, you should have some money saved and also a good retirement plan.

All the rumors you’ve heard about the traffic are true

One of the least lovely things about Miami is its notorious traffic jams and bad drivers. Miami has some of the worst traffic congestion in the US. This is due to the city’s layout and the massive population growth it has had. The city also is notorious for having many bad drivers, which makes driving in the city even worse.

Miami does have several public transportation options, like the Metrobus, Metrorail, and the Metromover. However, public transport is not very efficient to get around the city. You will probably have to wait for a long time to be able to hop onto a bus. It is so inefficient that there are even apps designed to help you get around Miami without a car, like Freebee.

The weather isn’t as great as you might think

Miami isn’t always sunny skies. The city’s heat and humidity can be overwhelming, especially in the summer.

Also, tropical storms are a big issue. Miami receives a lot of heavy rain, which can cause flooding in some areas. It is also normal to have thunderstorms and lots of lightning, which can cause power outages.

Florida often receives hurricanes that can cause major property damage. Hurricanes and tropical storms occur from June to November, which is Miami’s rainy season. During these months, you can expect torrential afternoon showers almost every day, plus the occasional hurricane alert.

This is our take on the pros and cons of living in Miami. In the end, deciding to move there will depend on your personal circumstances and preference. You will have to weigh all the factors and see what works best for you!