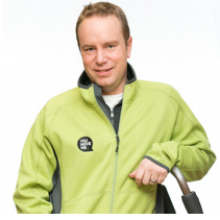 Moving in Oregon is highly regulated to protect customers and their belongings. When you move with an unlicensed mover, you might be charged higher than average fees (fees are regulated by the state), have no protection against loss or damage to your property, and are at increased risk of property and identity theft.

At You Move Me, we recommend that you always protect yourself when hiring a mover by:

Common complaints from people who use unlicensed movers often include:

It's hard to believe, but the state of Oregon regularly receives complaints about unlicensed "illegal" movers in Portland Oregon and the surrounding areas.

To combat the issue of unlicensed movers, the state of Oregon and Oregon Department of Transportation (ODOT) regularly conduct stings.

In April 2012, several illegal moving operations were put out of business due to fines and one arrest (one of the movers was arrested for possession of Methamphetamine). The movers in this case were uninsured, and using vehicles that were unfit for the road. One of the movers had a suspended driver's license, and another had no driver's license at all.

The police organized the sting by setting up a home in Beaverton – and this is where they called five moving companies advertising on Craigslist that they knew, by state records, were not licensed.

Another sting was conducted in May 2013 – where the ODOT targeted movers they suspected were unlicensed. Officials also looked for issues with the moving trucks that would have made the trucks unsafe.

The result? Seven illegal operators got 24 tickets, and three trucks were taken off the road.